The first time you see a carpenter ant is a little alarming. They are huge compared to their much smaller 'ant' cousins. Ants, in general, have the distinction of being the #1 nuisance pest in America. While the carpenter ant cannot take all the credit for this honor, they will take some. They are Californian after all; we all want our 15 minutes of fame. Pro-Active Pest Control will be sure to give them the dramatic end any ant would be proud of. 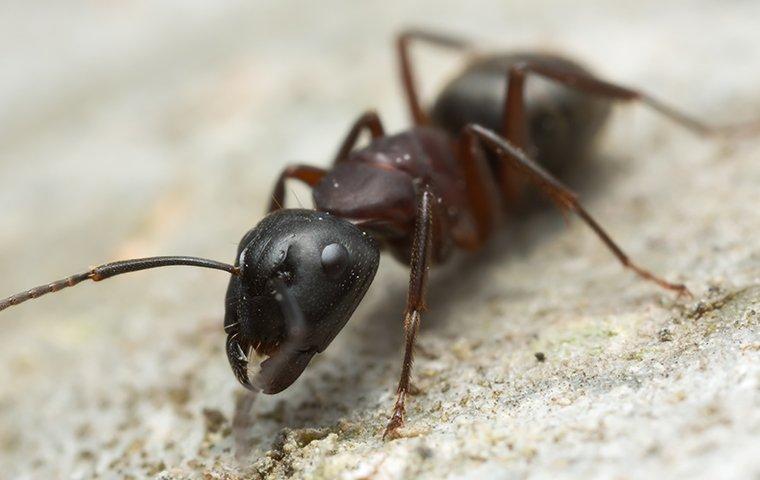 Most people would describe carpenter ants as a “big black ant,” and they wouldn’t be wrong. They are definitely big. It’s all the other things that they do that most people don’t usually know about. In case you are not quite sure what it is that’s crawling around your home, here is a list of descriptors to help you identify the pest:

What Are They Attracted To?

Carpenter ants are carnivores, eating meat or other dead insects when available, but their favorite food is sugary treats. When outside, they will consume the sweet liquid produced by aphids and scale insects, called honeydew. Indoors, carpenter ants feed on syrup, honey, sugar, jelly, and other sweets. They also will raid the dog food bowl for a good source of protein. Anything that is headed for the secret stash of chocolate should be considered the worst sort of enemy.

What Kind Of Damage Can They Do?

Carpenter ants do not eat wood, but they do remove it as they create galleries and tunnels for nesting, and this is how the damage happens. The ants will tunnel between the ‘parent’ nest and the ‘satellite’ nest. The longer a colony is present in a home, the more severe the damage. Struts and other support beams can be weakened when carpenter ant damage is severe. Generally, this occurs slowly, often taking years.
The two types of nesting sites are:

Parent nests when outdoors - Are usually found in decaying wood in trees, tree roots, tree stumps, and logs or boards lying on or buried in the ground. Also, in areas around your home’s windows.
Parent nests when indoors - Are found in places where the wood is moist or decaying. Behind bathroom tiles. Around tubs, sinks, showers, and dishwashers. Under roofing, in attic beams, and under subfloor insulation. In hollow spaces like doors, curtain rods, and between walls

Best Way To Get Rid Of Carpenter Ants

The best way to rid your Elk Grove home of carpenter ants is to call in a professional pest extermination company. You really don’t want to mess around with a pest that is compromising the structural integrity of your house. Pro-Active Pest Control knows a thing or two about the damage that can be done and how to prevent it. Give them a call today for a free carpenter ant eradication estimate.