What To Do If Bitten By A Tick In Queen Creek

Some dangerous pests are more commonly encountered in less populated areas such as overgrown fields and dense forests, but on occasion, they can find themselves infesting our Queen Creek properties as well. Dangerous occasional invaders such as ticks don't migrate into civilization on their own, and instead hitchhike their way onto our lawns on the backs of rodents, birds, and even humans. While they don't all carry dangerous pathogens, there's no telling which tick bite could lead to unfortunate repercussions. 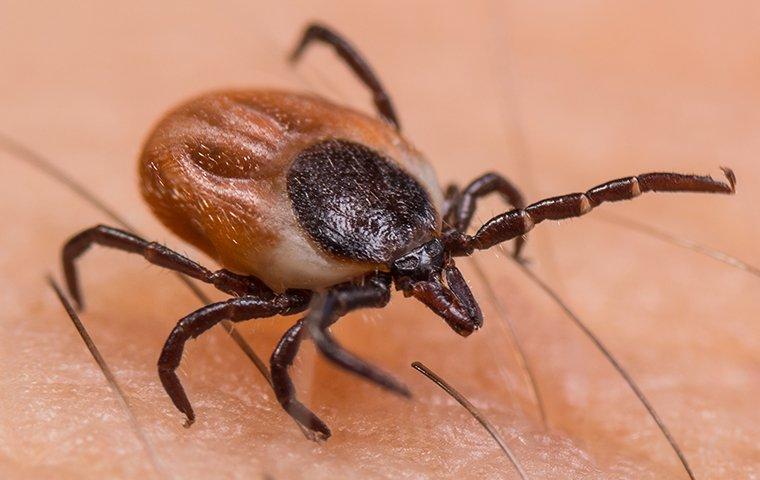 Thankfully, not all ticks enjoy feasting on human blood, and there aren't many species of ticks to find in the desert, to begin with. The most common tick in Queen Creek is the brown dog tick, though unique of its kind as it can complete its entire life cycle indoors. Prior to a blood meal, fully matured dog ticks are around 1/8 of an inch long with flat rounded bodies and eight legs. They're reddish-brown in color, and have hard shells on their backs to protect them from getting crushed.

What's more interesting is there's more than one type of tick within the arachnid classification; hard ticks, soft ticks, and monotypic ticks. Hard ticks are the most common within the United States, though more often seen on the eastern side, soft ticks can also be found on the western side of the nation. Monotypic ticks are the most primitive genus of this lineage and only found in Africa. Soft ticks, on the other hand, can be found within rodent dens and homes with overwhelming rodent infestations, and still pose a significant risk to humans.

Hard ticks like the brown dog tick require 5 to 7 days to become fully engorged, which gives them an ample amount of time to transmit whatever nasty pathogens they may be carrying. Brown dog ticks do carry diseases that are harmful to humans, but they're much more dangerous for our canine friends:

Thankfully, it takes around 24-36 hours after latching on for a hard tick to transmit a disease, so you have a nice window to remove one before that threat increases significantly. Alternatively, soft ticks take roughly 30 minutes to feed, which means their ability to transmit tick-borne relapsing fever is considerably heightened.

What You Should Do In The Event Of A Tick Bite

There are many methods to remove a tick that has latched on, but most methods coerce the tick to remove itself. This could lead to worse problems as they often “backwash” while they're detaching, significantly increasing your chances of infection. The safest method is manual removal:

How To Get Rid Of Ticks On Your Queen Creek Property

Harboring ticks on your Queen Creek property is a serious problem, and getting rid of them isn't easy, but with the help of your veterinarian and the expertise of a local pest control company you'll be living tick-free in no time. Our trained pest technicians at Pro Active Pest Control work hard at making sure our customers are safe in their own homes, and we don't just focus that sentiment on extermination. We make sure all of our pest control products are eco-friendly, keeping you, your family, and your property safe. So get in contact with us today, and stop stressing about pests around your home this year.