What To Do About Mud Daubers On Your Lincoln, CA Property

Home › Blog › What To Do About Mud Daubers On Your Lincoln, CA Property

If you have never encountered a wasp nest, consider yourself lucky. Many of the Lincoln, CA residents that do encounter one attempt to knock down the nest, only to incur the wrath of a very angry mama wasp. Most times, this doesn’t end well. Wasps are not usually aggressive and only attack when they perceive a threat to their nest. Provoked or not, the sting or stings are unpleasant. Pro Active Pest Control is ready to assist you in the nest removal. 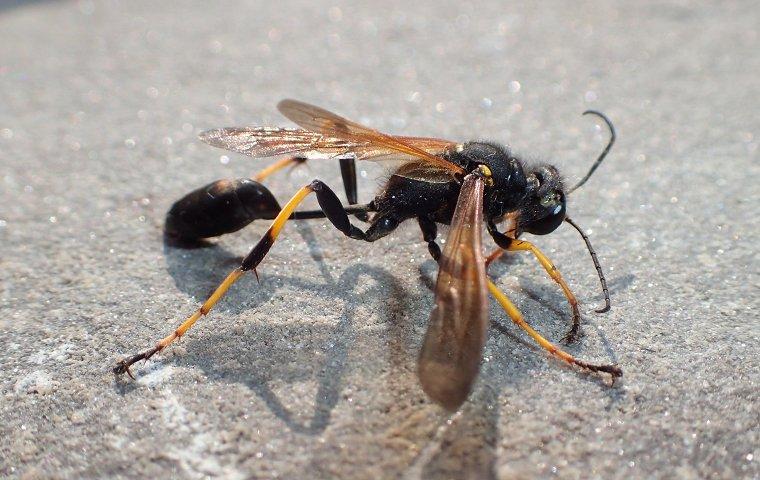 What Is A Mud Dauber?

The mud dauber is a wasp named for its nest built out of mud, but there are several varieties under the umbrella of that name. The organ-pipe mud dauber, black and yellow mud dauber, and the blue mud dauber.
You will see these nests under eaves, stuck to concrete walls, and an apartment complex breezeways. Basically, any place where they can be out of the harsh elements but still outdoors. These nests will last years if undisturbed. The nests themselves vary in size and shape and are the way you know which wasp group you are playing host to. The mud dauber is usually only aggressive when threatened.

Mud daubers are solitary, meaning one parent wasp per nest, but several nests in the same area can be found. Many factors will attract wasps onto your property. Most of the things they are attracted to are enjoyed by humans also, so eliminating those factors isn’t so easy.

There are several DIY tips for keeping wasps away; here are the top four:

These four simple tips will serve you well.

As we said earlier, the mud dauber is not highly aggressive, so it is easier to overlook their presence until they fly into your home or frightening the children. Homeowners, however, can be in for a surprise when more aggressive wasp species take over a mud dauber nest, and all of a sudden, you are being attacked. Either way, the nest should be removed from the house by a professional. This is the safest and most effective way to handle the situation. Lincoln can have some pretty brutal wasp and hornet seasons. Please don’t wait until it gets out of control. Call Pro Active Pest Control for a wasp removal estimate today.