How To Get Rid Of Wolf Spiders In Gilbert

Home › Blog › How To Get Rid Of Wolf Spiders In Gilbert

One species that commonly invaders area properties is the wolf spider, and these spiders often look worse than they are. They have hairy legs and stout bodies, and they can run quickly as this is how they hunt their prey. Combined with their mottled bodies and large size, this ability makes them seem dangerous, but they are actually only nuisance spiders. While they can bite, and it's not pleasant to experience, their venom isn't strong enough to harm you. Find out more about these pests and how to prevent spiders in this guide. 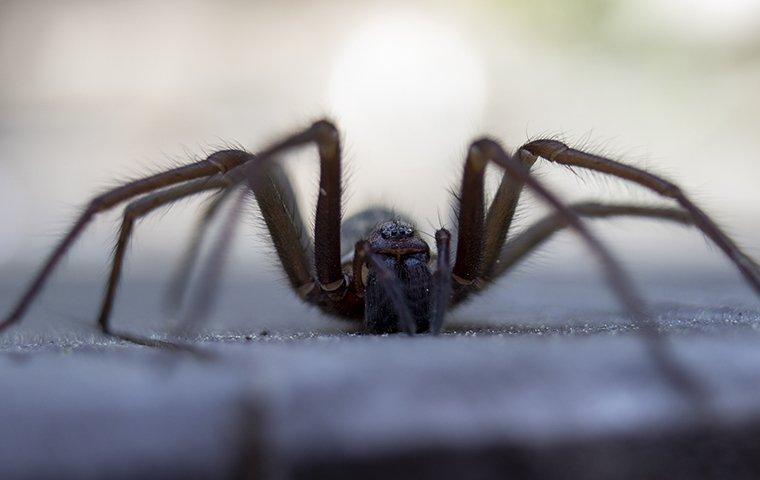 Why Do I Have Wolf Spiders In My Gilbert Home?

While some Arizona pests tend to come inside because the weather becomes too intense or they are attracted to food crumbs and spills, spiders don't work like this. Instead, spiders, including wolf spiders, get inside while pursuing their prey; this is especially true for wolf spiders because they usually don't make webs at all. Instead, they lie in wait under things like leaves and wood and then run after an insect.

So, the main reason you see wolf spiders is that you have other Arizona pests around that are drawing them in.

Where Are Wolf Spiders Coming From In My Gilbert Home?

Wolf spiders can survive in many different habitats and are in many areas across the county. They are a species that tends to live outside, and they will hide under many different kinds of yard debris. But, while hunting their prey, they can accidentally get indoors. These spiders tend to stay close to the ground since they need to be able to run to hunt insects, so they often slip under doors, although they can also get through holes in the walls and foundation.

Can Professional Pest Control In Gilbert Help Get Rid Of Spiders?

Spider control is most easily achieved through help from the experts at Pro Active Pest Control. While you can try to remove them on your own, these attempts aren't very effective because, in order to completely eradicate spiders, you also need to address their pest prey. The spider control experts at Pro Active Pest Control remove spiders and their prey, so you can be sure that you won't find wolf spiders around again.

After we eradicate spiders from your property, we will work with you to devise a pest control plan. We can come by monthly to treat spiders and their prey. There are also a few things you can do on your own to deter spiders from getting inside, such as: