How Do Ants Get Into Lincoln Homes In The First Place?

Home › Blog › How Do Ants Get Into Lincoln Homes In The First Place?

When you think of ants, you likely think of them as a nuisance to keep away from the food if you're on a picnic. However, different species of ants cause different problems, which is why it's important to understand which ant has invaded your home. The most common species you'll find are: 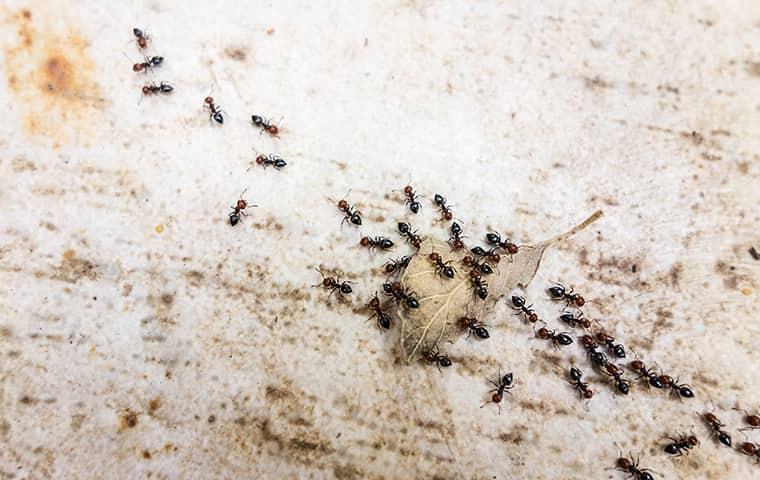 Also, they really love human food, which can make them extra annoying if you've left food out.

Why They Come Inside

Ants, like other pests, are always in search of food and water. When they find either, they bring it back to the colony and create what amounts to a supply chain. Some specific factors that attract them include:

At this point, you know what attracted them inside, and now we'll cover how they got inside. Fortunately, the answer is really simple. They're tiny and can slip through the tiniest crack or hole that exists.

Ant prevention is much easier than ant control for two important reasons. The first reason is they're so tiny it's hard to detect them until it's too late. The second reason is their large numbers. Once they've established themselves, it's hundreds of ants instead of just a handful. You can better prevent ant infestations through:

Sometimes, ants make it inside despite your best efforts. When that happens, you need professional assistance. At Pro Active Pest Control, we're prepared to deliver unmatched results with superior service for pest elimination. We offer ongoing pest control and prevention plans to manage future issues from occurring. We are a local, eco-friendly company with a 100% service guarantee. Contact us at Pro Active Pest Control today for your free no-obligation quote!