Are Ants In My Livermore Home Dangerous?

Home › Blog › Are Ants In My Livermore Home Dangerous?

Sometimes, the smallest problems can have the biggest outcomes. This is certainly true of pest prevention, and the kinds of pests we think of as mere nuisances can end up being so much more. Ants are these kinds of pests - depending on the species, that is. Knowing what kind of ants are invading your property will help determine if an infestation is an annoyance or something worse. 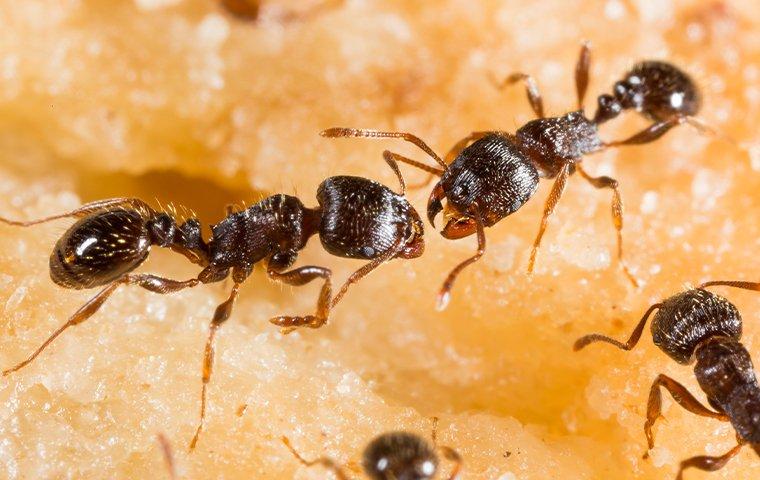 The Basics Of Ants

While the degrees of ant infestations can vary by species and location, all ants are unwelcome in the home. Nearly every variety can contaminate food and the surfaces where we prepare meals. Not to mention, ants are just unsightly creatures for residents or guests to see crawling around.

Other species can be downright dangerous, causing hazardous damage to property or spreading disease. All kinds can be difficult to get rid of because ant colonies use sophisticated caste systems that protect their reproductive queens from harm. Without proper methods, ant colonies will just survive to repopulate and keep infesting your home.

Ants that aren’t dangerous can still wind up being problems in your home. The most common nuisance ants are as follows:

The other kinds of invasive ants are the more destructive kind: those that can harm people or property. These are the main ants to act quickly on if they move into your Livermore home:

No matter what kind of ant infestation has taken up residence on your Livermore property, you should turn to the experts rather than try to deal with it all on your own.

Only the pros know what kind of measures will match certain ant colonies, and incorrect solutions can just drive ants into better hiding places. Rather than risk it, turn to ProActive Pest Control at the first sign of an ant infestation, whether it’s the nuisance kind or the dangerous kind. Our trained technicians will help you determine which it is, what steps can be taken, and how to prevent future colonies from taking hold.

Don’t let your home be a haven for ants of any degree of danger -- turn to ProActive today.