Why Do I Have So Many Spiders In My Queen Creek Home?

Home › Blog › Why Do I Have So Many Spiders In My Queen Creek Home?

Spiders are absolutely gross to encounter around your property, and they are also likely to freak you out. Most people are afraid of spiders to some extent, but even if you aren't that terrified of them, they can still be creepy to see running around. However, spiders in Queen Creek aren't all dangerous as most are considered nuisance pests. They also aren't insects but arachnids, so they have eight legs instead of six. In this guide, you'll learn all about spiders in Queen Creek and get some spider control tips. 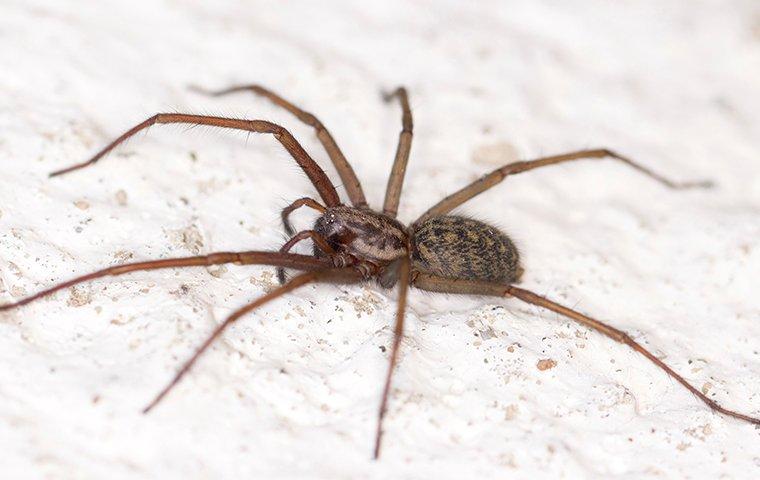 Types Of Spiders In Queen Creek

The majority of spiders that invade homes in the area are harmless. They are considered nuisance species because they can't really hurt humans or pets. However, they can still bite. All spiders have fangs and venom, but most of the species found in homes don't have venom strong enough to hurt you. They also aren't that likely to bite unless they feel they must defend themselves.

The main nuisance species include a variety of house spiders, including the cellar spider, which is yellowish in color with long, thin legs. There is also the wolf spider which can look quite intimidating. While harmless, these spiders have hairy legs and can run quickly to hunt down their prey.

However, there is one dangerous spider in the area to be aware of and avoid — the black widow spider. These spiders are jet black, and the females have a red hourglass shape on their bellies. Only the females are dangerous, and in rare cases, these bites can lead to serious health issues or even fatalities.

It's easy to assume that spiders invade homes searching for shelter from the weather, but spiders actually come inside while hunting their prey. The sudden appearance of many spiders around your property usually indicates that you have insect problems. These underlying pest problems are what attract spiders, so in order to prevent spiders, you'll need to address their prey, too.

How Are Spiders Getting Into My Queen Creek Home?

Along with having underlying pest problems, spiders also need ways to get inside your home. However, this generally isn't all that difficult for them.

Spiders are usually rather small as most species around here are less than an inch long, so they can easily find access points around the property. They can fit through small cracks and crevices in the exterior walls and the foundation of your structure. Also, they can slip through vent and chimney openings or even under doors and windows that aren't entirely sealed.

It can be difficult to seal up every place that spiders can fit through completely, but you can still help deter them by fixing broken screens, repairing holes in the exterior with caulk, and installing door sweeps and weatherstripping.

How Do I Get Rid Of Spiders In My Queen Creek Home?

The best way to prevent spiders and get effective spider control is to contact the experts at Pro Active Pest Control. Our trained technicians can address spiders and their pest prey in order to eliminate spiders at the source. Find out more about preventing spiders and set up an inspection by giving us a call today.