How To Prevent Wolf Spiders Around Your Lincoln Property

Home › Blog › How To Prevent Wolf Spiders Around Your Lincoln Property

Wolf spiders are fearsome-looking animals. While they might not be as dangerous as they appear, it's worth taking some steps to keep them off of your property. There are a number of things you can do to discourage wolf spiders and other pests from settling into your home, and professional pest control in Lincoln can help. 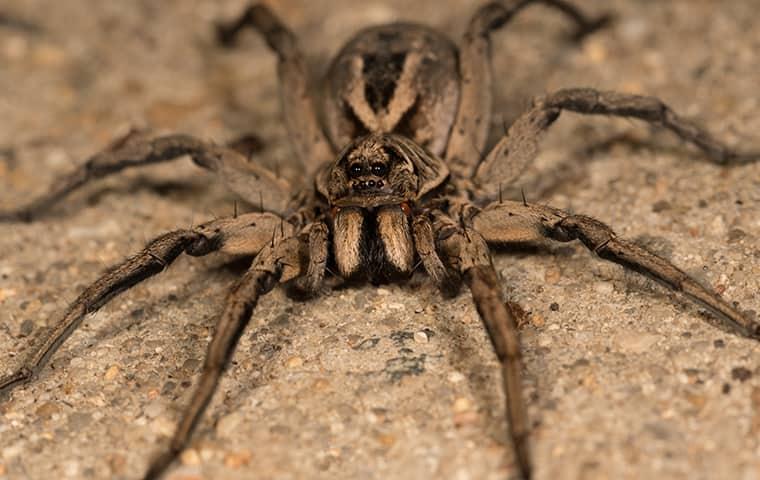 As large hairy spiders, wolf spiders are scary enough just on appearance, but these pests don't even act like the wallflower types of spiders we're accustomed to. Instead, you're likely to spot them sprinting across your floors in pursuit of their prey. Wolf spiders are named in part for their appearance but also in larger part because of their behaviors. They are one of the few spider species that does not spin a web, instead hunting down their prey on foot. When inside homes, wolf spiders tend to nest near the ground level along walls and under furniture. They hunt at night and often startle people with their speed and agility.

As menacing as they look, people often want to know if wolf spiders are poisonous. While all spiders have venom and fangs, very few species are medically significant. Wolf spider bites hurt, but they are not considered dangerous spiders. Added to that, wolf spiders are not likely to bite unless they are provoked. They may be large in the arachnid world, but they will still shy away from people when given a chance. These spiders feed on other pests and can be considered beneficial in that way though most people consider them nuisance spiders and look for ways to get or keep wolf spiders out of their home.

Four Tips To Prevent Wolf Spiders From Coming Inside

As with all pests, it's easier to keep them out in the first place than to eliminate an existing population. You can keep wolf spiders and other common spiders from coming inside with the following tips:

These tips may not get rid of every spider, but they should help minimize the number of wolf spiders you are seeing around your house.

If prevention steps don't prove to be enough, it may be time for professional help to get rid of spiders. At Pro Active Pest Control, our expert pest control technicians can help you eliminate wolf spiders and the insects that are drawing them into your home and keep them from coming back. We are a local company offering pet-friendly, green pest services with a 100% service guarantee. Call today to find out more or to schedule your first service.